Transforming Your Operational Readiness for the New Millennium 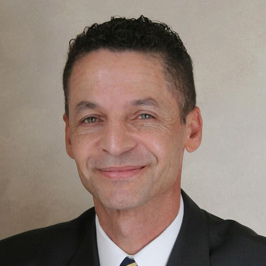 Steve James is President of ISS. Mr. James is an experienced executive who was in the Air Force for twenty years as an IT professional where he achieved the rank of Colonel and served across the conflict spectrum to include tours of duty ranging from Special Operations to the White House. Mr. James enjoyed three command assignments where he led organizations that ranged in size up to 600 people. Upon leaving the Air Force, he spent almost six years at the EMC Corporation directing sales/business development activity in support of Air Force and Department of Defense clients. While serving as the Air Force/DOD Business Development Director for EMC his strategy and efforts helped enable the Federal Sales team to expand their DOD/Intel footprint from $21M in 2001 to $265M in 2006. By 2006, eight of nine Air Force Major Commands were leveraging an EMC storage infrastructure in support of their core service requirements.

Mr. James moved from there to take over as President and Chief Executive Officer of TKC Communications, a 350 person IT services contractor with an extensive counter-intelligence, counter-terrorism customer portfolio. While serving as President and CEO of TKC communications, the company exceeded corporate net income projections by 24% and was the number one (out of 58) performing subsidiary of the parent corporation.

Meeting the challenges of today’s federal government and rapidly changing IT requirement needs in defense, healthcare, cyber security, bio-science, administration and intelligence requires a new type of company who can rapidly address and solve the needs of an ever transforming IT environment.